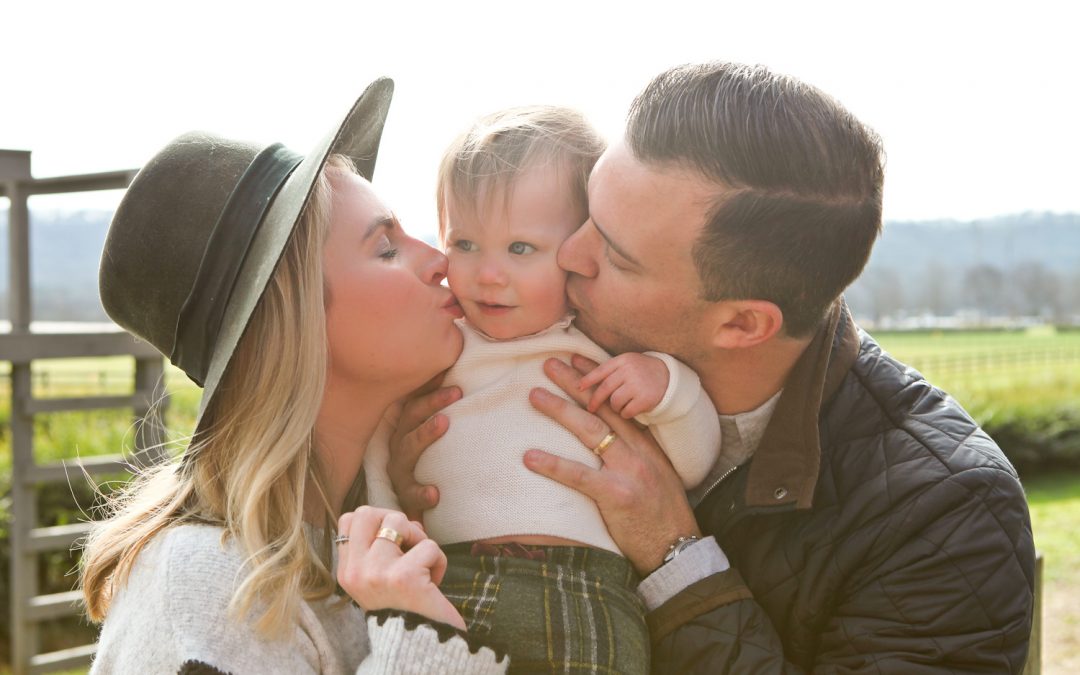 Oh this sweet sweet family… Where to even start. I met Christine while working at Anthropology a couple years ago. Crazy so much time has passed. She was always so encouraging and helpful and a joy to work with, so I was beyond thrilled when she purchased one of my package specials over the holidays last year.

Funnily enough, the two went to rival universities. That’s actually how they met. Attending an Auburn/Alabama game while Christine was in her 5th year. Chemistry must have struck, because the two had their first date that December where they attended a wedding, on a day that happened to also be Christine’s birthday. Unfortunately, after their first date, Christine left for Maui, Hawaii for a 4 month long internship. As you can assume, the long distance phone calls were not enough, so Adam flew out to visit Christine while in Maui. Thus began their official relationship.

The two lived in Hilton Head for a couple years before relocating to Colorado Springs where they became engaged. Following a wedding ceremony in Linville, North Carolina, Adam’s company moved them to Nashville. The two now reside in Franklin with their daughter Gray, and they could not be happier. In the words of Christine, “we love Nashville and Franklin, and don’t ever want to leave!”

Adam and Christine will be celebrating 5 years of marriage this September and hope to have one, if not two more children in the future.

Gray is now almost 2 and loves all things music related, dancing, and loves to color. Her momma says she has developed an awesome “mean mug” and I have no doubt she will be the best of the best of a big sister when that time comes.